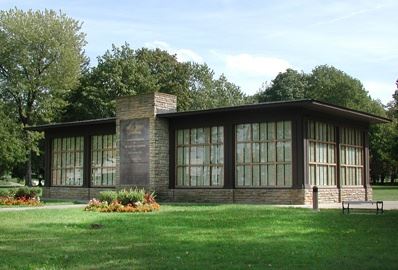 Dedicated to the sacred valor of those who gave their lives to perpetuate freedom and justice and to all whose bravery and sacrifice have glorified the armed might of America and her Allies.

The Memorial was expanded to honor Cleveland Heights veterans who served in the Korean, Vietnam and Persian Gulf conflicts.